Marching through the Civil War with Bob Stone

Instructor Bob Stone started teaching Civil War courses in the spring of 2005 and has taught a course each spring and fall since. That is 26 semesters for lucky Encore Learning history buffs! Through maps, photos, and other materials, coupled with his encyclopedic knowledge of the war, Bob clearly explains the major battles and the key personalities who waged them, from Fort Sumter to Appomattox. This fall, Bob focused on the pivotal battle at Gettysburg in early July 1863. 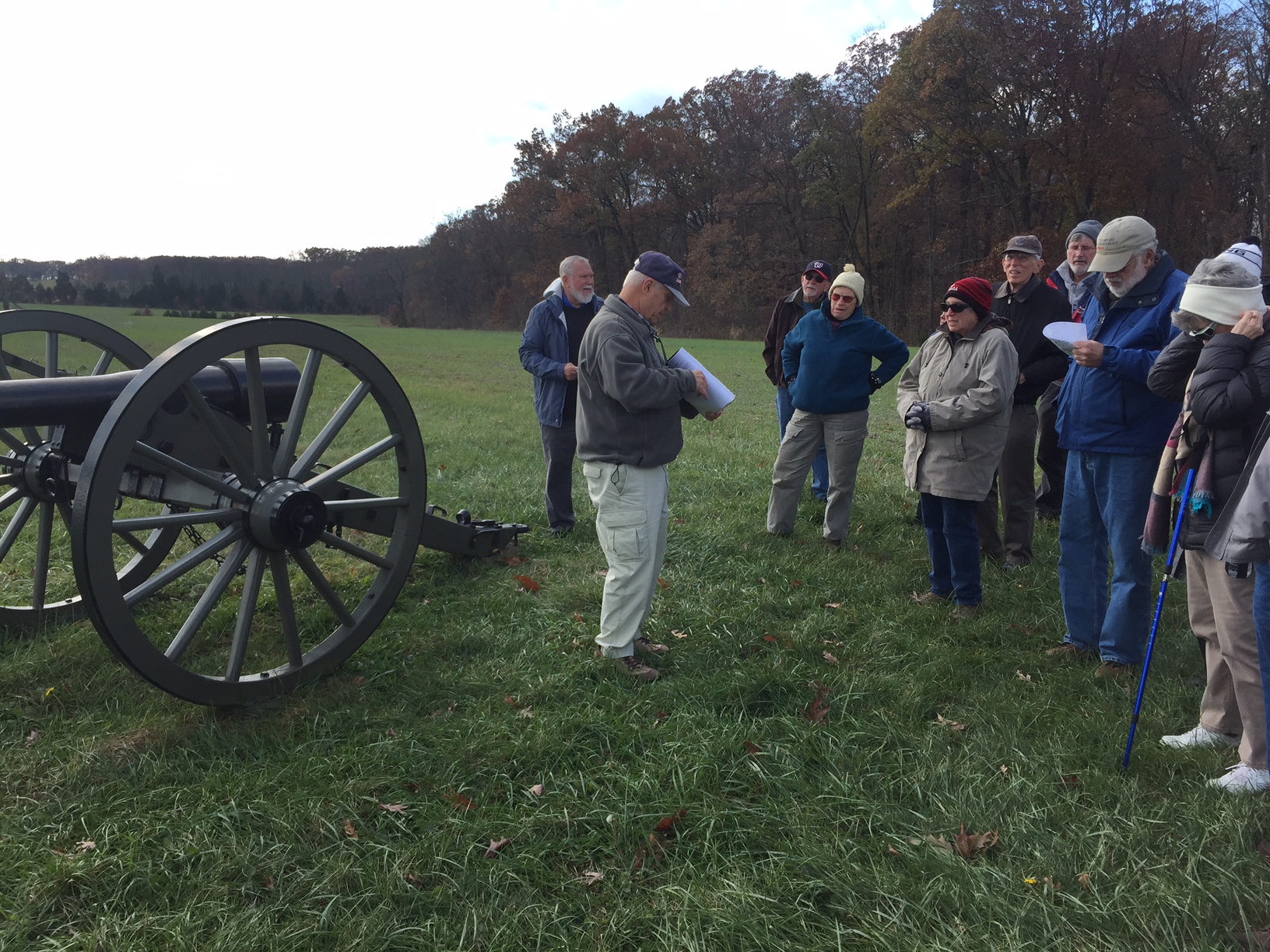 Bob explaining the disposition of Union and Confederate troops on the third and final day of battle, prior to what has become known as Pickett’s charge. Photo Courtesy Tom Adams.

Bob’s courses end with a real treat: a voluntary field trip to the area covered by the course. The Gettysburg course actually had two trips. There was a one-day visit to Brandy Station, Aldie, Middleburg and Upperville in October to visit sites of skirmishes that took place as Robert E. Lee moved his army north, followed by a two-day trip to Gettysburg at the end of the course. Every trip is planned by Bob to the last detail including lodging, transport, meals, and an obligatory ice cream stop. Costs are borne by the participants. 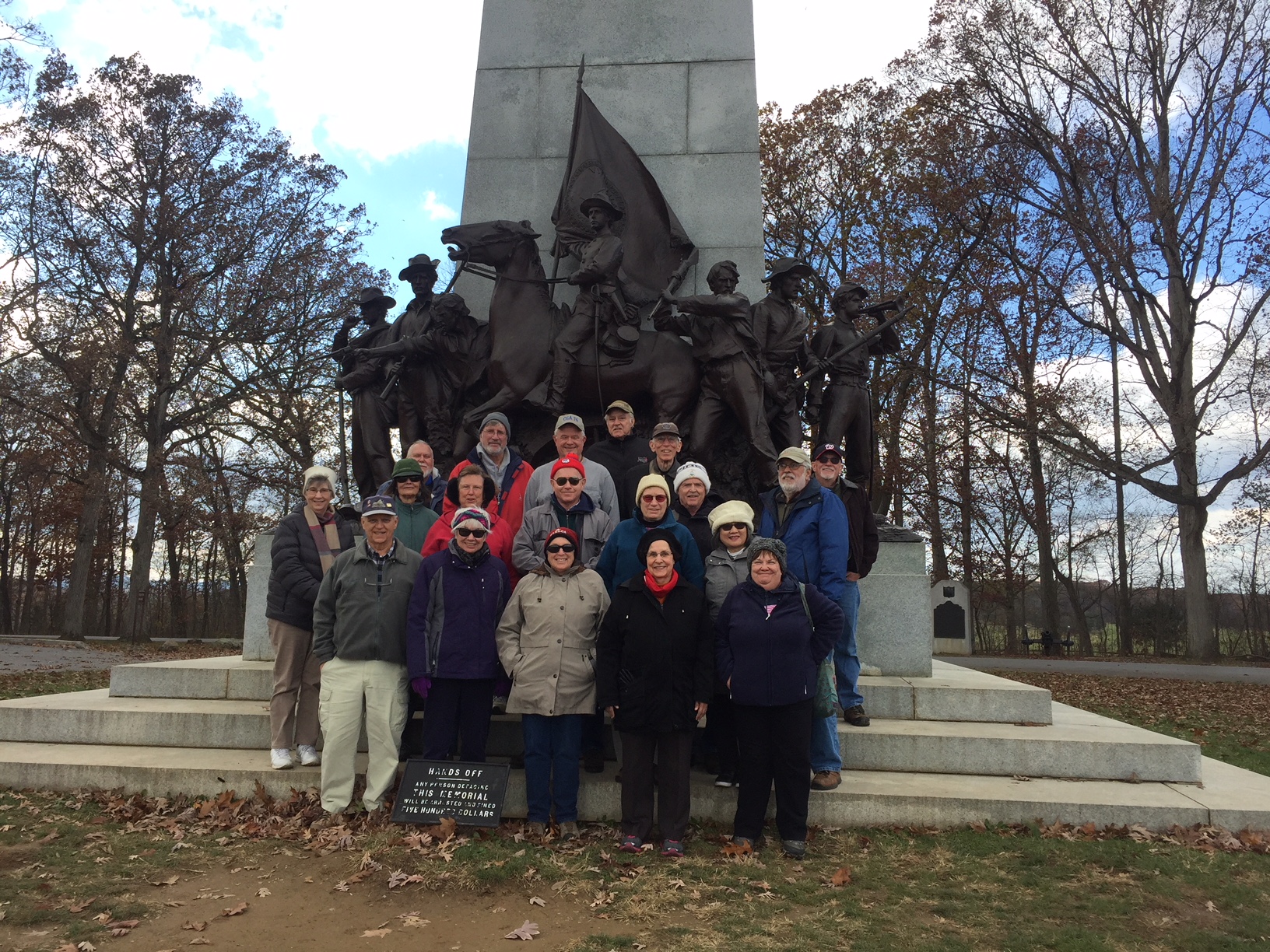 While you don’t have to attend the field trips to enjoy his courses, we’re so lucky that Bob is willing to arrange the trips and be our guide. He explains the features of the battle terrain in class, but there is no substitute for seeing the actual site of each battle. At Gettysburg this included visiting the terrain where Confederate assaults at each end of the Federal line nearly succeeded on the second day of battle, as well as the land in front of the center of the Union Line where Confederate troops failed to break through on the third and final day of battle in what became known as “Pickett’s Charge.” Interacting with fellow students in class and on these field trips adds much to the course, as many of us who took it had ancestors fighting on both sides of the war. 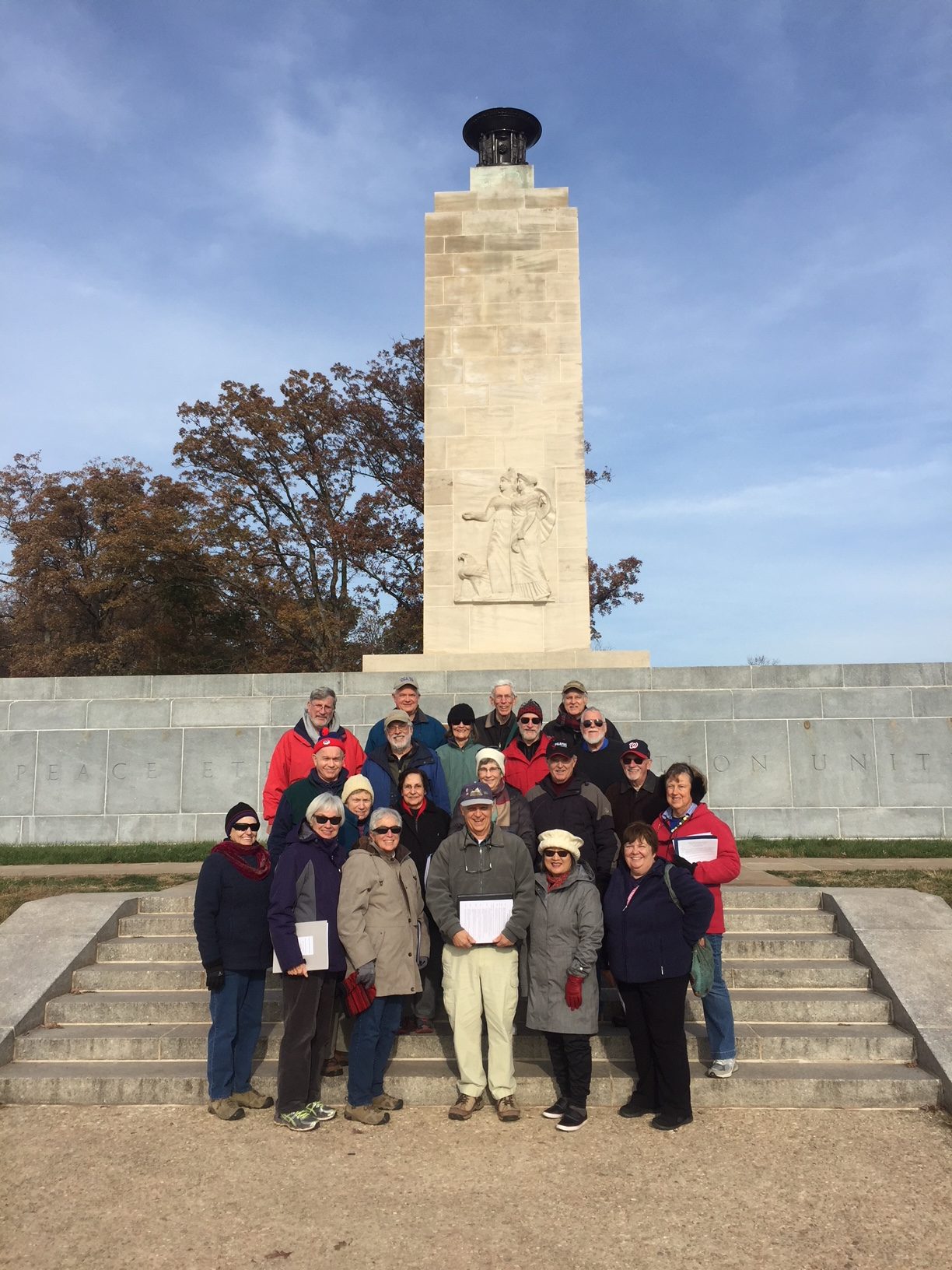 Next semester Bob will be teaching Grant vs. Lee: The 1864 Overland Campaign. We hope you’ll join us in class!